The film evening that goes on and on 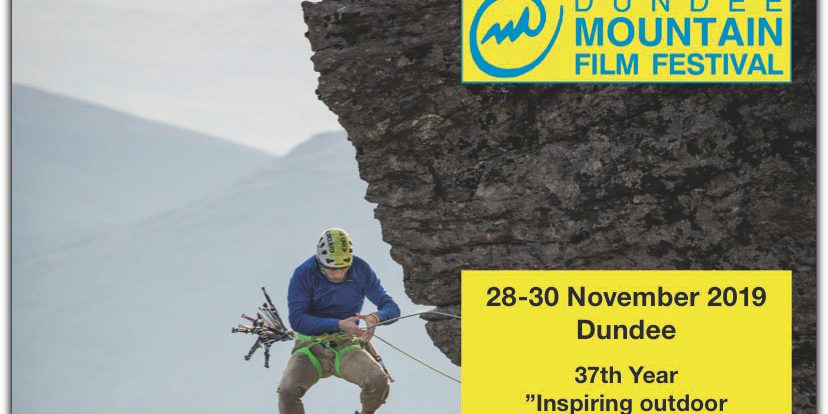 “Why not have an evening of mountain films?” It was 1983. And a group of outdoor folk were raising funds to restore Bachnagairn bridge in memory of a friend. They did have the film evening, and again next year, and as a result the Dundee Mountain Film Festival has been held every year since, the longest run of any such gathering in the UK.

For many of those years the SMT has supported the festival, and did so again with a £1,000 award to the November 2019 event, the 37th. The festival’s core values, including a wish “to entertain and inform general members of the public as well as the passionate  outdoor enthusiast” are a big factor in the support.

DMFF chair Alfie Ingram thinks one reason for the festival’s longevity is its “evolution not revolution” approach. It started off as a “mountaineering” film festival. That became “mountain”. New mountain activities – for example biking and wild swimming – take their place. So do new concerns and focuses; for example Peter Cairns spoke in the 2019 festival’s Irvine Butterfield lecture on “Scotland, a rewilding journey”, starting from the premise that “Scotland has become one of the most ecologically depleted nations on earth”.

The 2019 films, shown as always in central Dundee’s Bonar Hall, included many home-grown shorts as well as the Banff Mountain Film Festival World Tour. The speakers included Doug Scott, and adventure-sports cameramen Nadir Khan and Keith Partridge. Outside the auditorium, there are always art, books and clothes to buy, and a range of stalls from what seems like all of Scotland’s mountain community. As Alfie Ingram puts it, there’s “friendship,  reunions, and networking in a warm convivial  atmosphere.”