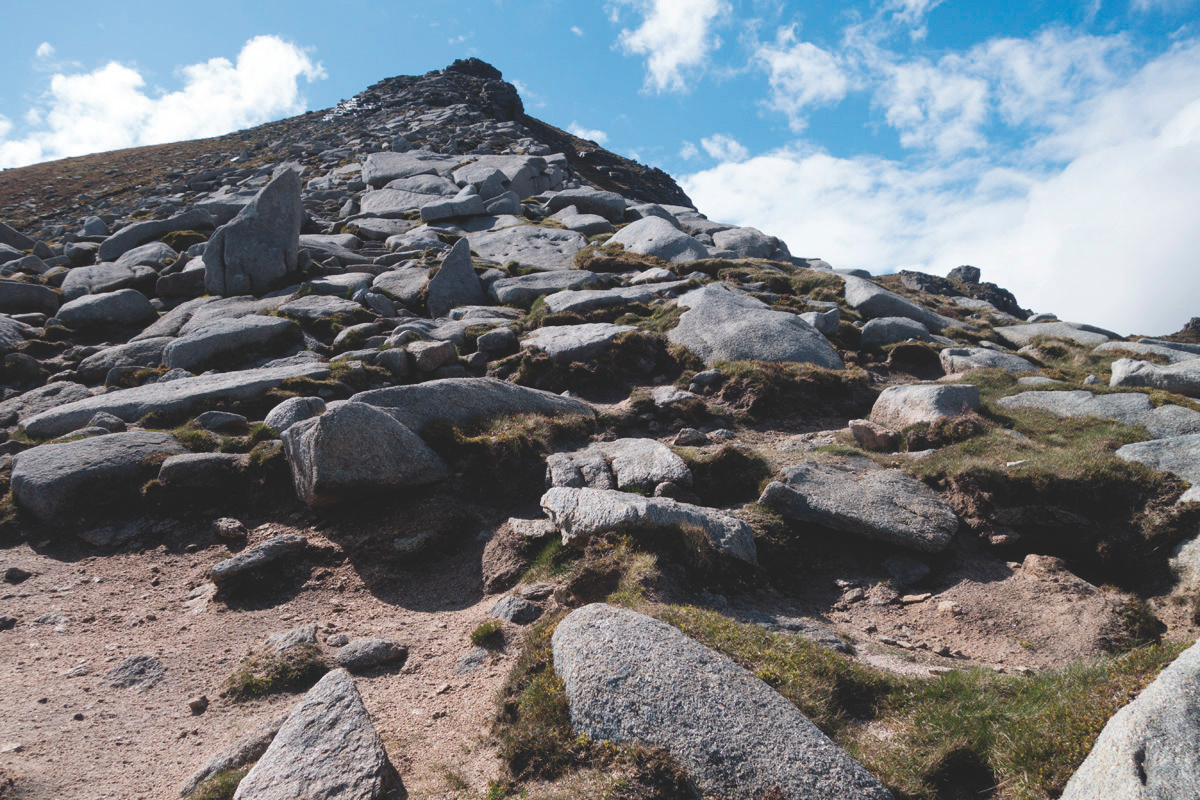 The last 400 m of the main track up Goatfell are never going to be a stroll, but thanks to path work this year they’ll be safer and more enjoyable.  The Trust provided £5,000 towards the £38,000 project led by the mountain’s owner the National Trust for Scotland (NTS), and completed in June 2019.

Just above where the two routes join is the final ascent to the summit, with about 200 m of ascent in 400 m of distance. It leads through large granite boulders, it had become heavily braided and ill defined, and it was also being used more and more by what the NTS terms “groups with a variable range of mountain skills”. For all these reasons, there was “a need to improve and widen the path to encourage users to stay on the planned route; improving mountain safety while retaining natural wildness”.

The path work was led by a team from Arran, Arran Footpaths and Forestry. The work in the high boulderfield was always expected to be hard, and that was confirmed by Scott Murdoch who leads the team. “It involved moving huge boulders, and often employing two 3-tonne winches just to open up the line a little, pitching into and often over bedrock and working with some complex natural features. Both myself and NTS were very keen not to make the path too sanitised, so getting the right line rather than the easiest line was always a priority.”

The Goatfell summit track builds on support from the SMT for path work lower down the mountain. The NTS says it is “grateful for the longstanding support of the SMT towards our path work” most recently though the Mountains for the People project in 2008-2013, which helped with the North Goatfell approach track and the lower section of Corrie Lan.