Removing a scar on Beinn a Ghlo 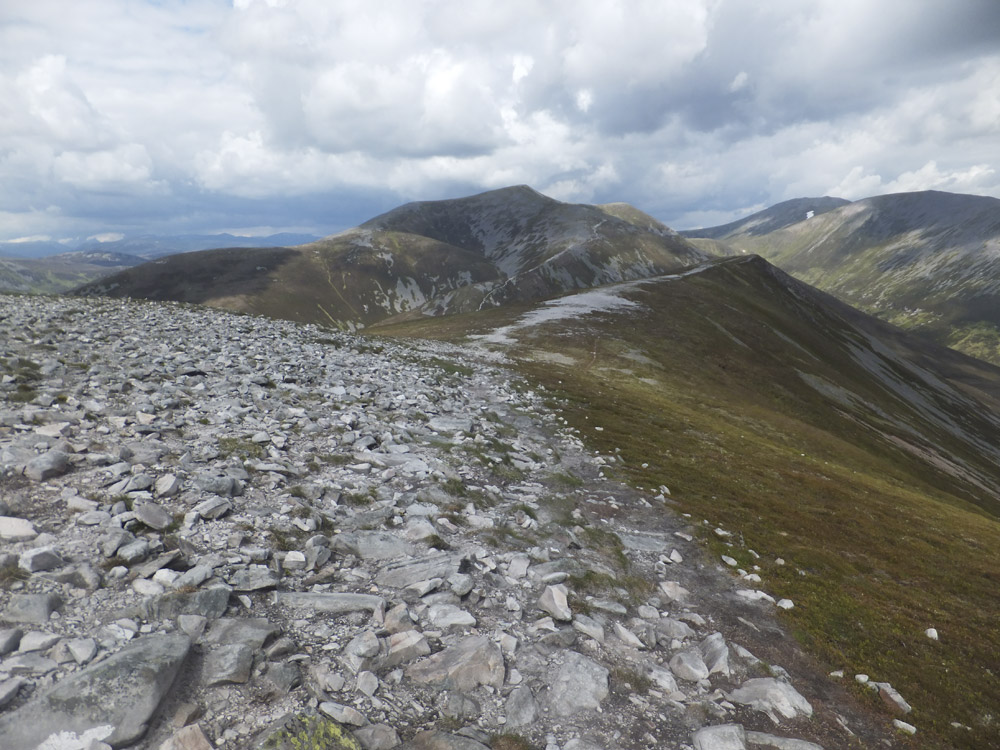 There are highland waymarks we can do without!  One of them at least is gone, the white scar on Carn Liath of Beinn a Ghlo, once clearly seen from the A9. This is thanks to a June-to-September drive led by the Outdoor Access Trust for Scotland (OATS), to which the Trust gave £12,000.

“Desperately eroded” was how OATS chief exec Dougie Baird described it: “one of the worst path erosion problems in Scotland”. There are about 500m of steep ascent from the road end to the summit. The money was mostly needed for the final third, up the S face to the summit approach, as well as light touch works on the summit and the ridge to the N.

Hand-built stone pitching was used for much of the steep bits. The team couldn’t gather quartzite from high boulderfields – they’re protected. But an old drystane dyke was lower down, the landowner agreed to them using it, and they brought its material up the hill by helicopter.

Given the severe erosion that all could see, it’s interesting that the project included a significant amount of “light touch” work. This is pre-emptive action in places where erosion is just beginning, such as the summit area and the broad, swooping N ridge to the the other Beinn a Ghlo peaks. Subtle re-alignment, an informal appearance, braid blocking; they all play a part. And they call for “workers with genuine sympathy for landscape and environment,” as Dougie puts it.

He adds: “The Beinn a Ghlo massif is a terrific day out, with the combination of its three  Munros one of Scotland’s finest hill experiences. The scale and sense of remoteness is a feature of this part of the world.”

**In the same “desperately eroded” class of hill is Ben Vane above Loch Lomond. A parallel grant has been made by the Trust, and work on the ground by OATS is under way. We’ll report when it’s done.